You can use this page to easily access information about the work I do both in Trenton and at home to pass laws designed to build a better New Jersey. You can contact me with issues of concern, legislation you support or oppose, or ideas to help make our community stronger, healthier and safer.

In addition, you can use the entire Assembly Website as a great way to stay apprised of new legislation that impacts our state as well as the Assembly District. I encourage you to visit this site often to keep yourself up to date on various issues, news and legislative hearings.

Thank you for visiting!

A Message to Our Constituents

“Our offices will continue to work remotely for the protection of our staff and constituents due to the continued spread of COVID-19. We will be available as always to answer your questions and work on whatever issues you may need assistance with. We are honored to continue serving you in the Seventh District. If you live in district and need assistance, fill out the form on our Constituent Services Tab, and a member of our team will reach out to help.” 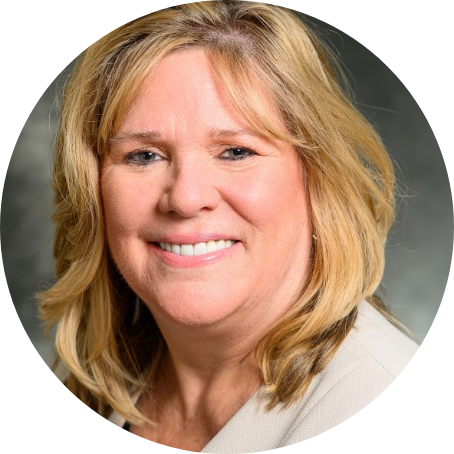 State Assemblywoman Carol A. Murphy is in her third term representing the Seventh Legislative District in the New Jersey General Assembly and is a member of legislative leadership holding the position of Majority Whip. Assemblywoman Murphy was elected in 2017 and is the first woman in over twenty years to represent the Seventh Legislative District in the General Assembly. Born in Colorado Springs, Colorado, Carol is the daughter of a Bronze Star US Army Veteran. Through her father’s service in the
military, she learned early on the importance of public service and led to her spending the entirety of her career devoted to helping others.

Assemblywoman Murphy serves as Vice Chair on the Assembly Judiciary Committee and is a member of the Assembly Budget Committee, the Assembly Financial Institutions and Insurance Committee in addition to her role as a member of the senior leadership team in the majority caucus. Additionally, Carol serves on the Executive Committee of the National Conference for State Legislatures (NCSL), serves as co-chair for the NCSL sub-committee on State-Federal Policy and is the New Jersey State Director of the National Foundation for Women Legislators.

Assemblywoman Murphy currently, she and her husband Michael Muller live in the Rancocas section of Mount Laurel with their cat, Lexington.

This message is only visible to admins.
Problem displaying Facebook posts. Backup cache in use.
Click to show error
Error: Error validating access token: The session has been invalidated because the user changed their password or Facebook has changed the session for security reasons. Type: OAuthException

Today is a great day to reflect and give thanks! I hope you have a wonderful time with family and friends. #HappyThanksgiving from myself and my team.

It is a honor to join the @ElectedWomen Board of Directors where we work collaboratively to problem solve, which is the cornerstone of our democracy and is the essential foundation for making government work more effectively.

I’m so proud that Mount Laurel was selected as an award recipient by @GovMurphy & Department of Military & Veterans Affairs for both their hard work on behalf of veterans, and embodying the spirit we share of recognizing our veterans each and every day.